I have been through the food plots numerous times so far this year with fertilizing and spraying, and the hold over pheasant population is looking outstanding! In addition, we received a couple of extended, slow rains with both rains producing 2 inches of rain which has saturated our soil profile and filled are watering holes. These rains have really made the wheat and grass grow tall, early in the season, so the nesting habitat is looking fabulous!

South Dakota pheasant hunting in 2013 was another abnormal year. After so many outstanding years of unbelievable pheasant populations, we’d become spoiled with skies so full of birds that if you missed your target, you might get one anyway.

Going into the season, I knew it wasn’t going to be typical, as the summer was HOT, and the rains didn’t come, but the winds DID! Throughout a typical season, we harvest roughly 75% young birds, and we find them mostly in the food strips. This year, as a result of the now-infamous 2012 drought and its effect on the new hatch, we harvested 75% old birds, and the birds just weren’t in the food strips.

Should South Dakota open its hunting season a week earlier to include the Columbus Day holiday weekend?

South Dakota is split in the middle by the Missouri River, and the east half has a more fertile soil, higher precipitation, and many more people. Other than Tripp County (Winner area), the east side of the State has been, historically speaking, recognized as the area to hunt pheasants. However, over the past decades, the pheasant population has shifted west. The pheasant population in the eastern half of the State has suffered by weather but, moreso, by the loss of CRP habitat. With the price of grain these past years being, on average, twice as high as the past decades, farming is much more attractive, so as CRP contracts expire, landowners are not removing so many of those acres to make more off the land by farming it. As we all know, the CRP acres are the largest influence on the pheasant populations. On the west side of the river, there has also been a reduction in CRP acres, but much less significantly than on the eastern side.

The opening day of the 2011 South Dakota pheasant season was a great success. The weather was beautiful, the birds were bountiful, and the good times…priceless!

We’ve hunted 87 hunters and have bagged 261 roosters. Clients have been very happy!

Time your hunt: The South Dakota pheasant hunting season begins on the third Saturday in October. The first week of hunting begins at noon, followed by a 10 a.m. opener for the remainder of the season. When making your decision on what time to plan your hunting vacation, take into account that during the early season, there will be more roosters, but the weather can be very warm and crops may still be in the fields, which makes the hunting grounds less populated with pheasants, as they will prefer to hide in the uncut fields. Normal years, however, provide nice hunting temperatures during the early season and abundant shooting opportunities. During midseason, the crops are likely to be mostly harvested which forces the birds into more huntable habitat. The weather during this time is likely to be cooler. And lastly, during the late season, pheasants are more likely to be grouped up and much more wild. During this time of the season, strategy and hunting with knowledgeable guides is much more important. This is also a time when large flocks are seen, and the shooting can get hot & heavy! 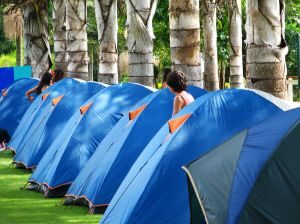 Company retreats can be an amazing bonding experience or a real drag. Here are 3 things to look for when booking your next office weekend getaway.

Greetings! I hope you had a very Merry Christmas and enjoyed celebrating the New Year of 2012!

2011 was a very good year for Ringnecks Hunting & Lodging. Once again, we improved upon the lodge and its surroundings with repairs and paint, including 3 new murals. Also, we acquired more hunting acres. We hunted 752 guns this past year and bagged 2,215 ringnecks. The weather was beautiful all the way through the last day of the season—January 1st. During 2012, we plan to do more remodeling and adding on, which will include more bedrooms.

Continue Reading →
Scroll To Top
We use cookies to ensure that we give you the best experience on our website. If you continue to use this site we will assume that you are happy with it.Ok